Your current zip code is

If this is wrong or your business is moving, please change your zip code to find bundles near you.

The Evolution of Business Wi-Fi

It’s hard to imagine a world without Wi-Fi. But it wasn’t really that long ago that if you wanted to get online and get work done, you needed to be at your desk, plugged into a phone jack and waiting for the beeping and buzzing of the modem to subside. These days, you can generally expect to get online no matter where you are—especially if you’re visiting a business.

Businesses provide Wi-Fi access not only to employees but also to customers and visitors. Let’s walk through the history of Wi-Fi in the workplace and learn a little about where it came from, where it’s going, and how your business can take advantage of it along the way.

The Spread of Wi-Fi

Wi-Fi first started spreading around the turn of the century. The name was first introduced in 1999, and it wasn’t long before it started to catch on. The first wireless access point available to the public, from D-Link, went on sale in 2001.

By 2004, the first mobile devices and cellphones with built-in Wi-Fi were hitting the market. PDAs like the HP Pocket PC were pretty popular in business settings. Then, in 2007, the iPhone launched, causing a revolution of its own. Partially spurred by the popularity of the iPhone and other Wi-Fi enabled devices, Starbucks began rolling out Wi-Fi to all its US locations in 2010, a trend that many other businesses—restaurants or otherwise—have since emulated.

From Luxury to Necessity

There are some seriously sound business advantages to providing Wi-Fi for employees, customers, and visitors rather than keeping it a luxury for a select few groups of people:

The Impact of Wi-Fi on the Modern Office

One of the biggest changes we’ve seen in business Wi-Fi is an incredible increase in maximum possible speeds as technology and new standards have evolved. The first Wi-Fi devices released way back in 1999, operating on the 802.11a and 802.11b standards, were only capable of a theoretical maximum speed of 11 Mbps. These days, with the newest 802.11ac devices, Wi-Fi can reach Gigabit speeds. That’s 1,000 Mbps—almost 100 times as fast as the original Wi-Fi standards.

These increasing speeds have had a large impact on the structure and layout of offices. With it now being possible to have wireless devices with maximum internet speeds faster than your wired connection might be rated for, there’s less reason to be tied down to a desk all day. Employees can take their laptops wherever they feel they’d be most productive without sacrificing the ability to get things done. This wireless capability has also contributed to the rise of remote working as a viable option for many offices.

Clearly, Wi-Fi has come a long way. And with new standards like 802.11ad with speeds up to 4.6 Gbps coming out in the next few years, there’s still a long way to go. It will be very interesting to see how more powerful wireless internet continues to revolutionize business in the coming years.

Wherever the future of Wi-Fi takes us, Frontier will be right there. If you’re ready to take your business Wi-Fi to the next level, check out our Managed Wi-Fi solutions. 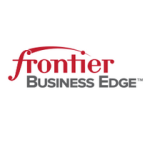 Find packages and prices in your area

Stay on top of small business news to help your business

How Much Bandwidth Does My Business Need?

Give Your Small Business an Edge with Effective Digital Marketing

What Is Mbps and Why Does It Matter to Your Business?

This site is a U.S. Consumer site. You can learn more about our site and privacy policy here.